Since winning Worlds in 2012, Cody Moat has consistently placed in the top 5 on the world’s biggest stage. With Moat having only run in 3 races prior to this year’s World Championship, he was expected to race well, but not to the level he achieved in Tahoe.

Finishing nearly 4 minutes ahead of 2014 World Champion Jon Albon, Cody hit the bell on the multi-rig, and raised both arms as he crossed the finish line to a roaring crowd, bringing home his second World Championship title.

2015 and 2016 brought the same result for the top two women finishers. Zuzana Kocumova in first with Lindsay Webster finishing in second. Many wondered not if Lindsay could finally take home the title, but if anyone could dethrone Zuzana, who won by over 11 minutes in 2016.

Trading places the entire race with Zuzana, Lindsay found herself alone on the final obstacle, with the only thing standing between her and her first World Championship was the multi-rig. Making it to the final obstacle, Lindsay was not able to hit the bell and was relegated to 30 burpees, while Zuzana approached the rig.

However, Zuzana was not able to complete the obstacle either, and by the time she entered the burpee zone, Lindsay was simply too far ahead. Finishing her burpees, Lindsay crossed the finish line to a raucous ovation, securing her first ever World Championship title.

Team Czech had a dominant lead until twister which they failed and were forced to do burpees. At that point, Team USA quickly passed Team Czech and took a dominant lead through the village onto the multi-rig. With Alyssa Hawley hitting the final bell, her teammates Ryan Woods and Robert Killian jumped up and down in celebration, running across the finish line to claim the first-ever World Team Championship.

Team Canada took advantage of Team Czech’s blunder, and made it through twister, passing into second place. However, one teammate failed the multi-rig, sending them to burpees with Team Czech right on their tail.

Canada was able to complete their burpees before Team Czech finished the rig, and they sprinted across the finish line. However, after reviewing the results, Canada missed a burpee and were given a 30 second penalty, dropping them down to 3rd place. 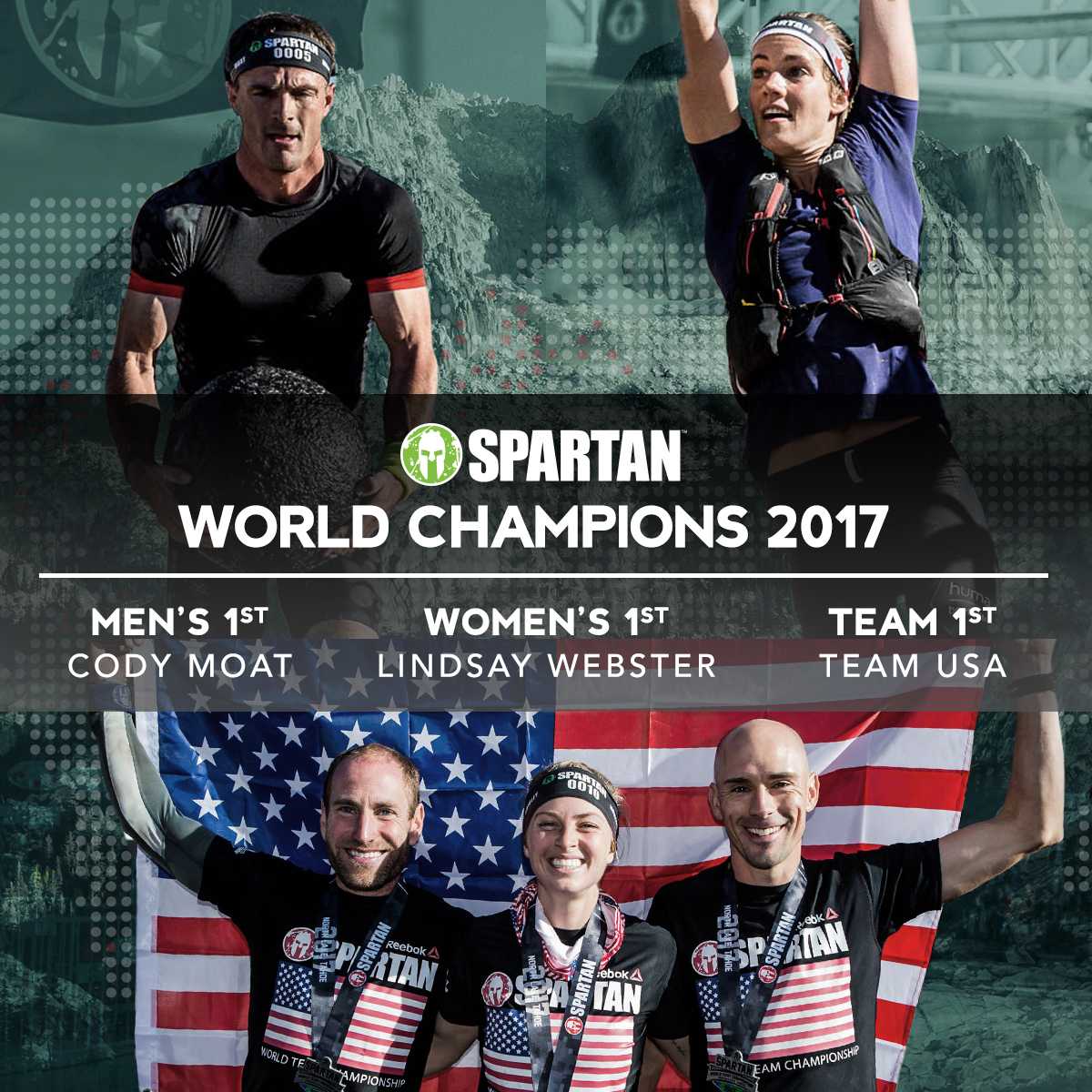